You can learn a lot from Duck Dynasty 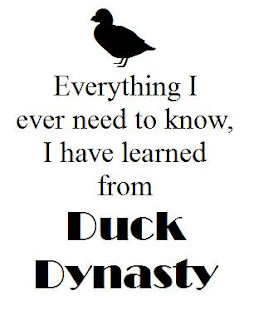 We are new fans of the hit show Duck Dynasty
and have been watching ALL the episodes.
Without further ado, here is my list of
“Everything you ever needed to know,
you can learn from Duck Dynasty”
Snippets from Uncle Si
Warm donuts are always best
Don’t judge a book by it’s cover
Know how to sew, you may never know when it comes in handy
Naps are great
Dating teenagers need chaperones
Wisdom from Phil
Pray before a meal
Always think your wife is hot and love her cooking
Learn the art of having your wife “think” you are listening
Listen to your mama
A teenage boy shouldn’t touch his girlfriend below the shoulders...
dating teenagers need chaperones
Nothing is impossible
You should know how to fish
Treasures from Miss Kay
Dogs are members of the family
Use your God given talent to bless others~especially your family and your church
Don’t be afraid to eat a piece of Boudin because you might gain an ounce
Apologize and hug it out
Eat dinner as a family 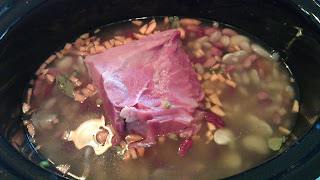 A woman should know her way around a kitchen
Education from Jase
All work and no play is no fun
When teenagers kiss, they should just be holding hands~always
If at first you don’t succeed, try, try again
It’s fun to ruffle peoples feathers
If you love your job, you will work harder
Expertise from Willie
Have a good work ethic
If a boy wants to date your teenage daughter, take him hunting and intimidate him
It’s good to have an entrepreneurial spirit
Sometimes you gotta let your hair down and relax
Teamwork is best
Make sure your children know how to drive before well before they get a license
Observations of Jep
Sometimes it benefits to be the baby of the family

And last but NOT least
What we can learn from the wives
Know how to go with the flow
Love your husbands and love your babies
Sometimes you don't have to know how to cook
Hey!

Normally, these bags have the names of those living and deceased.....
but this year, they mostly were in memory of someone.
There was a large section dedicated to the
Sandy Hook Elementary School children. 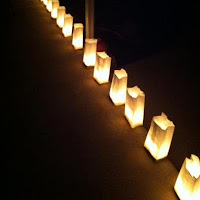 My oldest was overwhelmed by all the children's names and began crying, saying,
"I just feel like if I can remember one persons name and pray for them,
I have helped in some way."

I think it is safe to say, the holidays had a somber underlying tone for everyone.
I had also read about a little girl in Griffin, GA who was found dead Dec. 22.
She was only nine.
Her neighbor was arrested almost immediately, maybe that is why it didn't make the national news.

Her name is Skylar Dials.

Thankfully, my children knew nothing of it.

I couldn't stop thinking about her though... I figured that was the least I could do.


I think the sporadic new bedtime has something to do with the poem my oldest had just written, so here it is,

The Sandy Hook Massacre through a child's eyes.

As everyday passes by,
I wonder why things happen the way they do.
And I try and try not to dwell on it.
But I get to thinking…
They didn’t deserve to die,
Why was it so many lives?
Those innocent,
Don’t deserve to die.
At least they lived happy lives.
We’ll grieve and grieve,
But try to accept it.
‘Cause they didn’t deserve this.
What did they do to you.
Did they ever hurt him in any way?
Why, why did he take their lives and his own?
What a cowardly act,
doing that.
Every time I think about it I am chilled to the bone.
So why, why…
Did he kill them all?
They were so small.
They didn’t have to die,
but they did.
And he did. 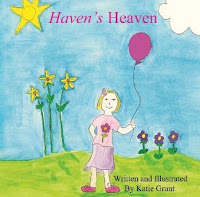