The Spirit of The League

We have all been there as parents.
Whether at a sporting event, school or recreational activity,
watching your child succeed at something and you find yourself tearing up
- brimming over with pride and emotion -
and you may or may not refrain from yelling,
"That's MY kid!" 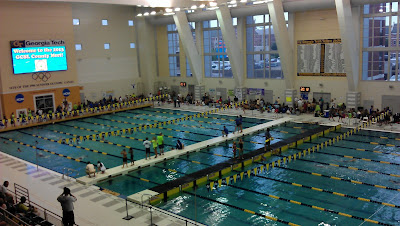 It was a County Championship Swim Meet,
comprised of more 40 teams split among four sessions.
All the parents were seated comfortably in the stands

Whether our "new friends" heard our child's name called,
saw they were heat winner, or just that they swam hard,
there was a nod of approval and parents were congratulating the
parents from competing teams.
And when another teams swimmer broke their own sibling's county record,
we were all congratulating them.
(I won't mention their names because I got in trouble with my kids for talking about it,


but I will so be looking for them at the Olympics!)


And then the moment came.
The parents right in front of us were watching their child
(from a competing team)
in the final heat-in the fastest lane.
They went crazy, hollering, cheering, jumping up and down,
and then when he won, hugging and crying.
And that's when I found myself crying too,
because after all the competition is over,
we are all parents at the end of the day. 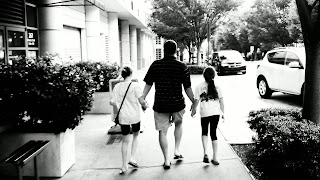