The life lessons we learned at the animal shelter

When my children stated they wanted to do community service by volunteering at a local animal shelter, I couldn’t have been happier.  Truth be told, I would probably be a hoarder with fifty dogs if it wasn’t for my wonderful, conservative husband.
We also witnessed several owner surrenders.  A family brought in their three yard dogs; one with its ears ripped open and bleeding after being bit. We noticed that no one in the family seemed upset.
Then we watched as a woman surrendered her sweet bulldog at the front desk because “she was moving and they wouldn’t allow dogs there”.  The dog had a heavy chain for a collar and leash, which was bothersome to see.  My daughter whispered after the woman left, “she is probably going to jail and that is why she can’t keep the dog.”  I chuckled a bit at the irony of her comment.

Then on the way home, I remembered that we actually surrendered our dog Buffi to an animal shelter 12 years ago.  She had tried to bite our baby.  I tried to rehome her sitting with her at Petsmart on Saturdays, but as she snarled at people and bared her teeth, it didn't really go well.   When my husband took Buffi to that shelter years ago, they didn’t even take her collar.  She would immediately be put down.  My husband was one of those people in the foyer.

But many years had passed, and I was quick to judge the owner surrenders I witnessed.

Several visits later to the animal shelter, we were walking the dogs outside for some time in their chain link fence pens. The male inmates in the jail next door were given their “outside” time in their much larger chain link kennel.  My girls were quite uncomfortable by the all the inmates in uniform.  They chose to stay inside in the puppy room and avoid seeing the inmates.  I was uncomfortable too.  I was envisioning cat calls and chose to avoid the dog run areas which were close to the inmates.


The inmates were a big point of conversation that day.  We talked about life choices and how you don’t want to end up in jail.
Then something happened the next night at dinner.  As we were saying grace before the meal, my oldest prayed for our sick friends.  Then my youngest added, “We should pray for the inmates too”.


That’s when I realized volunteering at the shelter wasn’t just about walking the dogs.


"In all things I have shown you that by working hard in this way we must help the weak and remember the words of the Lord Jesus, how he himself said, ‘It is more blessed to give than to receive.’ "Acts 20:35. 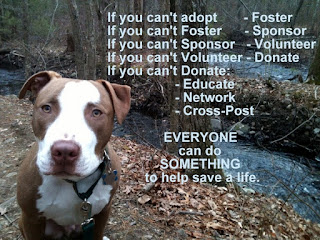 Posted by Unknown at Friday, September 04, 2015 No comments: