We are blessed to live in America and have the right to vote, but I was saddened that neither the Democratic or Republican candidates represented my views in the 2016 election.

I couldn’t vote for Trump.  I felt he had shady his business dealings across the board, and avoided taxes in doing so.  He would encourage hate and behaved in a narcissistic manner. And, as a woman and mother, I couldn’t look you in the eye supporting him.  The words he has used about women are unforgivable.  He reminds me of a boss I had when I was a waitress, who would flirt with the waitresses and say what he wanted about our figures etc.… I was too young at the time to realize how inappropriate and actually illegal it was, and thinking back it makes me feel dirty.

Thankfully, you have the example of your father, grandfathers and uncles, to know that real men do not talk or treat women like that.

I couldn’t vote for Clinton.  While I admire her public service to our country, education and intelligence, I feel like she was riding the coattails of a long political legacy that wasn’t honest either; something didn’t seem right. It was going to be more of the same.  It wasn't just the emails. I didn't care for how the Clinton Foundation took large amounts of money from high ranking people and countries.  And, you saw in the news about her husband, please know that not all men cheat of their wives.

I also want you to know that although I didn’t vote for her, a woman is more than capable of being President.

So the results are in, and now Donald Trump is the President.  As promised when we attended the prayer service at The Vine Church the night before the election, I will pray for our new President Donald Trump, Vice President Pence and their team. 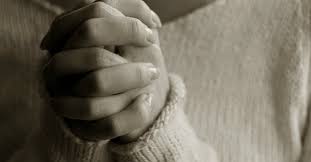 “I urge, then, first of all, that petitions, prayers, intercession and thanksgiving be made for all people-for kings and all those in authority, that we may live peaceful and quiet lives in all godliness and holiness.”   1 Timothy 2:12
Posted by Unknown at Wednesday, November 09, 2016